The Walnut Street Synagogue is pleased to announce our partnership with the Orange County Jewish Community Scholar Program! 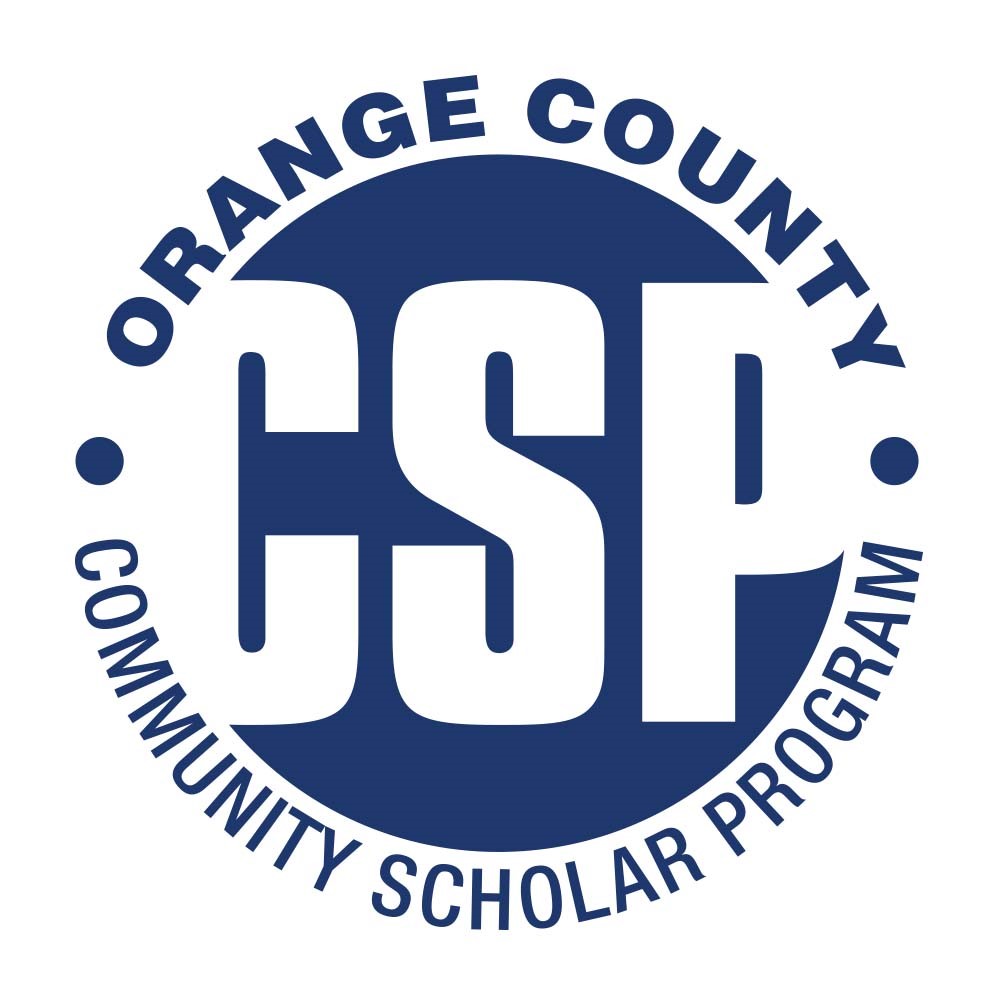 Tastes and Sounds of Yeroham: Multi-Cultural Mecca in the Negev Desert (a 3-Part Series)
Part 1:  The “Bnei Israel” Indian Jewish community in Yeroham
Part 2:  The Bedouin of Rahma, Neighbors of Yeroham
Part 3:  Moroccan Jews in Yeroham Part 1 – The “Bnei Israel” are a very ancient Jewish community in India, which traces its roots to the First Temple Period and the exile of the tribes from the Kingdom of Israel (8th century BCE). Immigrants from India began arriving in Yeroham in 1954, with larger waves of immigration coming in the late 1950s and 1970s. Not by chance was the first synagogue building in the State of Israel for this community built in Yeroham in 1962: “Sha’arei Rahamim”. The special relationship Bnei Israel Jews have with Elijah the Prophet is epitomized in the Malida ceremony – whose center is the compilation of a tray of symbolic fruits, nuts, grains and spice. We will visit the Bnei Israel synagogue, watch how the Malida tray is prepared, listen to some traditional and new Indian Jewish songs with the “Raga Tunes” band, and hear how two women – Latvian-born and Indian-born – cook up wonderful dishes together in Yeroham’s commercial center. People we will meet include: Igal Dan, manager of the “Raga Tunes” band, teacher, and master percussionist; one of the leaders of the Bnei Israel community in Yeroham, preserver of traditional Indian Jewish music, and composer of original music and “piyyut”; Latvian-born Maya Simis, founder, owner and manager of the “Mayushka” vegan-Indian restaurant; and Rozi Panker, Indian-born mother of 4, who made Aliyah from Mumbai to Israel and settled in Yeroham in 2003 and who is responsible for the amazing Indian cuisine at “Mayushka”.
Program video Part 2 – The approximately 1,500 Bedouin (262 households) who live in the unrecognized village of Rahma adjacent to Yeroham, belong to the large El-Azazmeh tribe in the Negev. Former nomads, the Bedouin wandered with their flocks in the region for ages, finding water at Hagar’s Well and vegetation for grazing in the valleys. A few families lived near Hagar’s Well even before 1948, but most of the current families were moved to the area of Yeroham by the IDF in the 1950’s. Close and warm ties link Rahma Bedouin and Yeroham Jews for decades, augmented over the past 15 years by many joint projects and grassroots initiatives. One of these joint efforts is the establishment of an elementary school in Rahma for 270 children in grades 1-8. You will get to know what an unrecognized village is and what life is like in it, visit the Rahma Elementary School (which is a shared dream come true), meet inspiring men and women who are working to advance what is Israel’s poorest population group, and see some “cooking from nature” at the White Hill Farm agricultural center, which serves both communities. Yeroham and Rahma demonstrate a unique, bottom-up and top-down model of shared society that has led to replication in other areas of the Negev.
Program video

SPIN: A NOVEL
The Amazing Around the World Bicycle Adventure
of Annie Londonderry Rescue Road author Peter Zheutlin will discuss his newest book – Spin: A Novel Based on a (Mostly) True Story. Peter first wrote a non-fiction historical account of his great-grandaunt, Annie Londonderry, called Around the World on Two Wheels, published in 2007. Spin is written as an historical fiction. Annie Londonderry (whose real last name was Kopchovsky – Londonderry was the name Annie agreed to go by in return for sponsorship by New Hampshire’s Londonderry Spring Water Company) was the first woman to cycle around the world in the 1890s! Reportedly, this feat was set in motion due to a wager between two Boston merchants. The bet required Annie to circle the globe in 15 months and earn $5000 while en route! It should be noted that Annie was married and the mother of three children at the time.  Peter Zheutlin is a freelance journalist and author whose work has appeared regularly in The Boston Globe and The Christian Science Monitor. Mr. Zheutlin has also written for The New York Times, The Los Angeles Times, AARP Magazine and numerous other publications in the U.S. and abroad. He is the author of the New York Times bestseller Rescue Road: One Man, Thirty Thousand Dogs and a Million Miles on the Lost Hope Highway (Sourcebooks, 2015) and Around the World on Two Wheels: Annie Londonderry’s Extraordinary Ride (Citadel Press, 2007) and the co-author, with Thomas B. Graboys, M.D., of Life in the Balance: A Physician’s Memoir of Life, Love and Loss with Parkinson’s Disease and Dementia (Union Square Press, 2008). Peter is a graduate of Amherst College and Boston College Law School and resides in Massachusetts with his wife, author Judy Gelman.
Program video

Virtual Walking Tour of RIGA – “The Paris of the North” Join us  for a virtual walking tour of Riga (the capital of the Baltic region), led by CSP’s favorite Baltic guide – Daniel Gurevich. Once dubbed the ‘Paris of the North,’ Riga is an architectural gem replete with medieval houses, Gothic gabled roofs, Renaissance guild houses, lavish Baroque homes, and Art Nouveau housing designed by Jewish architect Mikhail Eisenstein, on a par with the architecture of Vienna or Barcelona. It is a city recently emerged from behind the Iron Curtain, still playing catch-up with the rest of western Europe. Contrasts abound. A five minute walk from the historic Old Town (declared a UNESCO site in 1997) will take you either to stunning Art Nouveau architecture or crumbling wooden houses, to a modern architectural masterpiece or a monstrous soviet eyesore. The Jewish history of Riga reaches as far back as the 13th century, but it wouldn’t be for at least 200 more years that Jews would make an economic impact. An interesting fact, in the late 1920s, Riga became the center of the global Lubavitch movement due to its leader, R. Yosef Yitzhak Schneerson, receiving citizenship and protection by the Latvian government after being exiled from the Soviet Union.
Program video

Recalling a Lost World:
Fusing Literature and Art in Commemoration of “The World That Was” Sholem Aleichem’s tales use humor to belie the hardships of life in the shtetl, market village. His stories are specific to a time and place, but the themes are universal—assimilation, emigration, poverty and antisemitism. Lithuanian-Israeli artist, David Labkovski (1906-1991), who illustrated daily Jewish life prior to the Holocaust in his hometown of Vilna (current day Vilnius), was inspired by Sholem Aleichem’s writings, illustrating the characters in commemoration of the ‘world that was.’ Join us for an online exhibit with guide Leora Raikin and Stephanie Wolfson as we explore the connection between these two great artists and the stories that still resonant for us today.  South African-born, Los Angeles based, Leora Raikin is an international speaker captivating audiences throughout the world. As founder of the David Labkovski Project, educator, artist and author she co-developed a project based multi disciplinary educational program to teach students about Jewish life in Eastern Europe; before, during and after the Holocaust through the art of Lithuanian-Israeli artist David Labkovski (1906-1991) that has been successfully scaled and implemented in middle schools, high schools and colleges in the United States, Lithuania and Mexico.  Leora was born and raised in Cape Town, South Africa and earned a Bachelor of Business Science undergraduate degree from University of Cape Town and a Masters in Research from UCT, South Africa.  Stephanie Wolfson has a BA from George Washington University and an MA in Jewish Education and Community Service from Brandeis University.  As the Director of Education of the David Labkovski Project (DLP), she co-developed an educational program to teach students about Eastern European life before, during and after the Holocaust through the art of Lithuanian-Israeli artist David Labkovski (1906-1991). She has worked as a consultant to the Resource Center for Educators at the United States Holocaust Memorial Museum and helped launch a family education program at Congregation Or Ami where she was the interim head of the religious school.
Program video

TAKING TO THE STREETS: Israeli Protest Movements (a 4-Part Series)
Part 1 – Blood Money from Germans: The Reparations of 1952
Part 2 – Black Lives Matter: The Black Panther Movement in Israel
Part 3 – The Longest War: Israel, Lebanon and the Palestinian Refugees
Part 4 – The Government Against the Settlers:  Gaza 2005 Part 1 –  Israel was deeply divided over the issue of reparations from Germany to compensate for the loss of Jewish property during the Shoah and to assist immigrant absorption in the early 1950s. The left and right fervently opposed negotiating with Chancellor Adenauer and receiving German money while the centrist Mapai looked at the pragmatic needs of the young state and recognized that the receipt of billions of marks would necessitate direct contacts. The Knesset debates and large demonstrations brought about violence, attacks on the parliament and dangerous speeches, including a 3 month suspension of Menachem Begin. Paul Liptz, a social historian and CSP’s recent 19th Annual One Month Scholar in Residence, was on the Tel Aviv University faculty for 40 years, teaching graduate and undergraduate students in the Department of Middle East and African History and the International School, where he dealt with a wide range of topics. His main interests are History of the Yishuv [Pre-State], the Modern State of Israel and Arab Women and Nationalism in the Middle East. Paul was born in Rhodesia (Zimbabwe) and came as a volunteer to Israel one day before the Six Day War on June 4, 1967. He decided to stay in Israel, married Brenda and they have 4 children and 12 grandchildren.
Program video

Part 2 – In 1971 the Black Panther movement by Mizrahi Jews and later, many demonstrations by Beta Israel Ethiopians, pose the question of discrimination in Israeli society. Whether it is a matter of the haves and have nots, or about the Ashkenazi/Sephardi-Mizrahi divide, these protests highlight the pain of marginal groups. The session will delve into the goals of the two groups, their actions and dreams while, at the same time, recognizing that the situation is improving as the country grapples with multiple challenges.
Program video Part 3 – The 1982 “Operation Peace for Galilee” war in Lebanon resulted in an 18 year presence there and one event, more than others, brought Israelis onto the streets – the massacre by  Israel’s Christian Phalangist ally in the Sabra and Shatila Palestinian refugee camps. Some 400,000 Israelis demonstrated in Tel Aviv, demanding the resignation of political and military leaders, a commission of inquiry and the withdrawal from Lebanon. In addition, the resignation of a senior officer in the early stages of the war, the Kahan Commission and the Four Mothers protest movement show the grappling with complex realities.
Program video Part 4 – The decision by the right-wing Prime Minister Ariel Sharon to unilaterally disengage from Gaza brought thousands of  police and army personnel into conflict with an even larger number of settlers. There were dramatic images of Israeli personnel removing Israeli citizens from their homes and synagogues. The question arose whether religious soldiers would disobey military orders as a result of the former Chief Rabbi’s ruling that an order to take part in the evacuation of Jews from their homes in order to give over the land to non-Jews is an order that is against the religion of our holy Torah and forbidden to fulfill.
Program video

The Bible With and Without Jesus:
How Jews and Christians Read the Same Stories Differently Though Jews and Christians share common books – the Jewish Tanakh and the Christian Old Testament – we read our shared stories in different ways. Differences in translation, punctuation, definitions, theology, emphasis and even canonical order all lead to differences in community self-definition. Join us on Sunday July 11, 2021 at 12:00 PM PDT/3:00 PM EDT when Prof. Marc Zvi Brettler and Dr. Amy-Jill Levine, co-authors of The Bible With and Without Jesus, will discuss what prompts these differences, and what they suggest about Jewish and Christian priorities, and how, with knowledge of history and theology, we can today better appreciate each other’s interpretations.